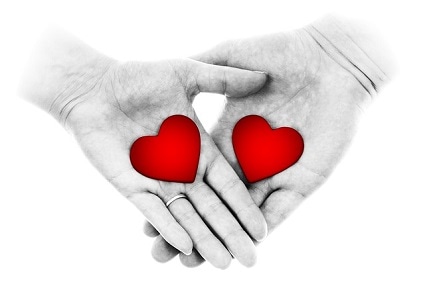 Our posts may contain affiliate links, but all opinions are our own. As an Amazon Associate we earn from qualifying purchases.
Though it looks like retailers and florists thought up Valentine’s Day, but it has been around long before there were shopping malls.

One of the versions is that of a Roman priest, named Valentine, who continued to marry young lovers in secret when Emperor Claudius II decided that single men made better soldiers, so he outlawed marriage for young men. When Valentine’s actions were discovered, Claudius ordered that he be put to death.

Another version is that Valentine was killed because he attempted to help Christians escape the Roman prisons where they were beaten and tortured. It is believed that Valentine fell in love with a young girl (possibly his jailor’s daughter) who visited him. Before Valentine’s death, it is believed he wrote her a letter, which he signed ‘From your Valentine.’

It is unknown if Valentine’s Day is celebrated in the middle of February to commemorate the anniversary of Valentine’s death or burial. It may be that the Christian church may have chosen to celebrate Valentine’s feast day in the middle of February in an effort to ‘Christianize’ celebrations of the pagan Lupercalia festival. In ancient Rome, February was the official beginning of spring and was considered a time for purification. A fertility festival dedicated to Faunus, the Roman god of agriculture, as well as to the Roman founders Romulus and Remus was celebrated during the ides of February which was on February 15.

Around 498 AD, Pope Gelasius declared February 14 St. Valentine’s Day. During the Middle Ages, in France and England it was believed that February 14 was the beginning of birds’ mating season.

To date, the oldest known Valentine still in existence today was a poem written by Charles, Duke of Orleans to his wife. He was imprisoned in the Tower of London following his capture at the Battle of Agincourt at the time. The greeting was written in 1415 and is part of the manuscript collection of the British Library in London, England.

By the middle of the eighteenth century, friends and lovers from all social classes exchanged small tokens of affection or handwritten notes. By the end of the century, printed cards began to replace written letters due to improvements in printing technology. The exchange of handmade valentines by Americans probably began in the early 1700s. In the 1840s, Esther A. Howland began to sell the first mass-produced valentines in America.