You know your kids are watching a lot of TV, but did you know this? A study issued by Pediatrics magazine found that 1 in 4 children watch too much television. This means they exceed the 2 hours a day limit recommended by the American Academy of Pediatrics (AAP). 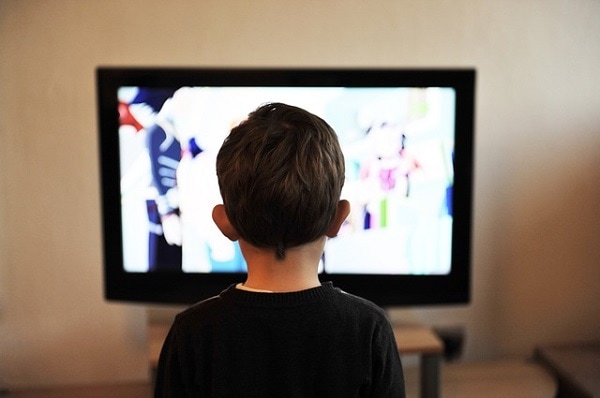 That organization conducted a study of 7,415 children between the ages of 9 and 15. When they asked the kids if their parents have rules about how much TV time they could enjoy, some amazing results were discovered.

The children that explained their parents have rules about how much time they can spend watching TV were accordingly much less likely to exceed recommended TV watching limits. But less than half of the nearly 6,000 parents surveyed said they had placed any type of TV watching limits on their children.

The data makes one thing crystal clear. Place limits on the amount of time your child spends in front of the television set, and they will watch less. Here are a few simple but effective ways to encourage your kids to watch less TV.

Incentivize the activities you want to encourage

If you want them outside riding their bike or playing with friends, tell your kids you will reward that activity. Preparing their favorite dinner, taking them shopping or to an arcade, these are all sensible rewards you can deliver each week your child spends less time watching TV and more time engaging in the activities you want to encourage.

Put them on a clock

Follow the AAP recommendations of just 2 hours of TV watching per day per child. Your kids will learn to plan their television viewing around a schedule. Just be sure to follow up consistently and strictly enforce your newly set limits.

Give them “outside” toys and games

Flying remote control helicopters and vehicles can be purchased starting around $10. They are enjoyed by young children, teens and adults, and they get your child out of the house and into the sunshine. Lawn games and sports equipment are just another couple of examples of toys and games that can easily pry your child away from the TV set.

Practice what you preach

Set the example. Your child will be more likely to watch less TV if you cut back yourself. If your children see you rooted to the couch and glued to the television all the time, you cannot expect them to cut back on TV viewing themselves.