While both yoga and Pilates take an integrated mind-body approach to fitness and well-being, their origins, approach to these objectives and methods differ greatly. 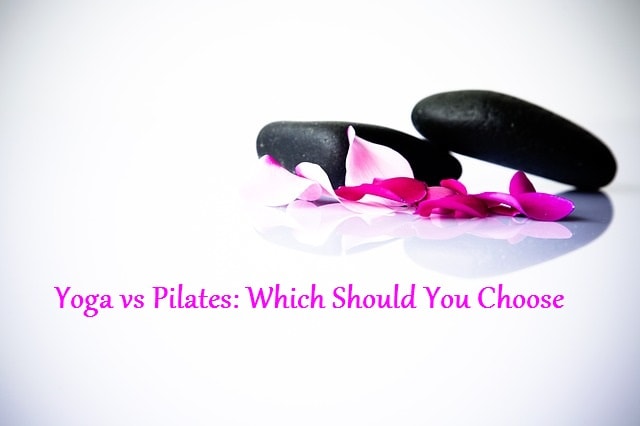 The emergence of mind-body classes like Pi-Yo and Yogalates can make it difficult for people to distinguish between the two. Although the two can be pursued as complementary activities or integrated into one style, like Pi-Yo, they are not the same.

It can be beneficial to practice each independent of the other and which one you practice depends on what you want to achieve.

Yoga is a spiritual practice with a physical aspect. It evolved in India 3,000 to 5, 000 years ago. Yogis, people who practice yoga, use breath work (pranayama), physical poses (asanas), meditation (dhyana) and personal practices to pursue the full integration of mind, body and spirit or samadhi. Samadhi refers to attaining the state of enlightenment, bliss, or union with the divine.

Pilates emerged in the late 1900s, introduced to the world by its namesake, Joseph Pilates. Pilates developed his method as part of his efforts to heal himself. He suffered from physical weaknesses, rheumatic fever, asthma, and rickets, during his childhood.

In his efforts to cure himself, he studied Eastern and Western forms of exercise, Greek and Roman exercise practices like wrestling, gymnastics and calisthenics as well as yoga.

How Yoga and Pilates Differ

In general, Western yoga practitioners are most familiar with the physical postures of yoga. Yoga postures, asanas, are only one component of an extensive system of philosophy, spiritual practices, and science.

The poses are intended to build strength in the body and encourage mental focus. The asanas develop and strengthen every part of the body, joints, muscles, organs, glands, bones, and metabolism.

During yoga, the breathing is deep and continuous linked to each movement and asana throughout the practice. Yoga’s extensive and currently exponential growth in popularity in Europe, the United States, and Canada supports the development of a broad range of yoga asana styles, including the more popular styles:

How Pilates Differs from Yoga

Pilates differs from yoga in several ways. Both yoga and Pilates focus on integrating the mind and body, but Pilates does not include any spiritual pursuits. It does generally increase practitioners’ sense of well-being, but this is not its primary purpose.

Pilates also takes a less organic approach to movement. All Pilates exercises extend from the body’s core, also called the powerhouse. The powerhouse spans the center of the body from the pelvic floor to the top of the shoulders.

Pilate’s practitioners focus on stabilizing the powerhouse and allowing other limbs to move freely to guide the body through the Pilates regimen of movements. Pilates also incorporates the use of exercise machines to offer support and take muscles through their full range of motion with optimal levels of extension and contraction.

During Pilates, the breath is coordinated with the execution of each exercise. The primary focus of each move in Pilates is perfect execution, versus repetition of any particular move.

The Mindfulness Element Of Yoga

Overall, yoga offers more than 60 different health benefits for mind, body, and soul. It reaches into every aspect on one’s life and goes way beyond fitness and physical achievement.

For example, the mindfulness approach taught in yoga that is not a part of Pilates helps one to improve many elements of life, including weight loss where getting in touch with the true needs of the body, such as hunger helps to reduce incidence of emotional eating or eating for any other reason but hunger.

The mindfulness aspect of yoga can be viewed as “life skills” training. In addition, this training can help deter many emotional and mental health problems, and the associated physical manifestations that result from them.

Mindfulness during yoga brings calm and peace to your mind, body, and life. Through the process, you become more in touch with how you really feel, and that includes symptoms of stress. Such a heightened state of awareness allows you to better manage the triggers and affects that stress can have, thereby allowing you to avoid its serious health complications.

Many scientific studies have demonstrated the practice of mindfulness to have impressive and wide reaching benefits, including:

While yoga and Pilates provide similar benefits, a strong and toned body, endurance and a sense of well-being, their end goals differ.

•    Pilates focuses on strengthening and rehabilitating the body for optimal physical health; the mind or will is employed to achieve this goal.

•    Yoga’s physical postures and breath exercises strengthen the body and discipline the mind in preparation for meditation and spiritual evolution.

Making the choice between doing Pilates and practicing yoga comes down to one of intentions. If the intention is simply to form a strong and balanced body, Pilates will serve.

If the intention is to achieve a strong and balanced physical body while gaining mental and spiritual benefits, pursue yoga.

If both outcomes seem like something you would like to experience, try them both and see which one you find most accessible and beneficial. It just may turn out that you are not willing to let either one go.

2 thoughts on “Yoga vs Pilates: Which Should You Choose?”